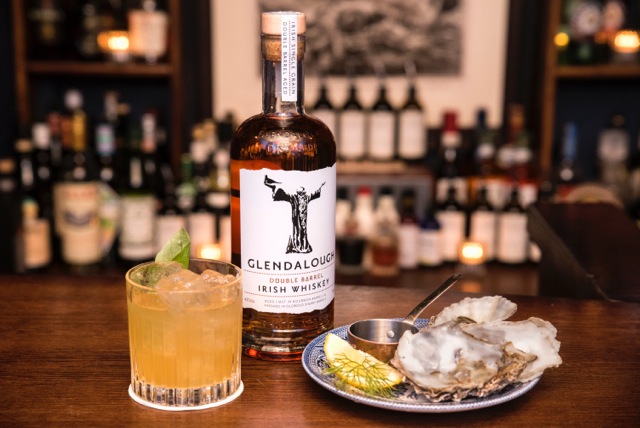 Founded by four enthusiastic friends from Dublin, Irish craft distillery Glendalough is stepping up production with the launch of three whiskeys this year.

On offer will be a double barrel Irish Whiskey, in addition to seven and 13-year-old single malts.

In terms of taste, the distinctive Double Barrel features a certain sweetness with overtones of vanilla derived from the three years it spends in Bourbon barrels before being transferred to Oloroso casks for up to a year.

In its latter accommodation it gains a certian fruity, floral flavour (think raisins, sultanas and candied peel with a hint of spice).

The seven-year-old single malt owes its drier, more mature flavour to Dublin porter barrels, whose hints of chocolate malt and roasted barley give the whiskey an emphasis of cocoa, toffee and dark-chocolate-orange.

The 13-year-old single malt is the first Irish whiskey to use rare Japanese Mizunara oak for its barreling process, adding complex, grown-up flavours of sandalwood and citrus.

The brand has also unveiled new packaging inspired by its home in County Wicklow and featuring St Kevin, the intrepid monk who founded the Glendalough settlement in the 6th Century and who was justly famous for having a blackbird lay its eggs in his palm.

Kevin Keenan, creative director and founder at Glendalough Distillery, said: ‘Our new look, and bespoke bottle brings the range together as a family, while the new cask-finishes set the whiskey apart from anything else being done in Irish whiskey.’