Eleanor Coade was a woman ahead of her time. Born into a prominent Dorset family in 1733, she wasn’t happy with the conventional life of a Georgian lady. Instead she turned her attention to the world of commerce, buying a struggling factory in London and transforming it into a highly profitable concern that made artificial stone ornaments (known as Coade stone) – some of which still grace the gardens of the grandest country houses in the UK.

Never one to miss an opportunity, Coade also commissioned her own home in the town of Lyme Regis, partly as a showcase for her company’s capabilities.

Called Belmont, the house is an attractive example of a Georgian seaside villa. It was, however, in a state of some disrepair by the 1960s, when it was bought by the novelist John Fowles, who would later put the finishing touches to his novel The French Lieutenant’s Woman in his writing room on the first floor.

By the late 2000s, Fowles, by then in his seventies, was looking for a buyer for his property. Not wanting it to become a hotel, he approached several universities, to no avail, before finally finding a buyer in the shape of the Landmark Trust, a charity that rescues historic buildings and makes them available as holiday accommodation.

The Trust, however, faced a huge amount of often painstaking work to restore Belmont. Stuart Leavy, the Trust’s crafts’ team leader and the former site manager for the Belmont restoration project, explains: ‘The most challenging part of the restoration was returning the building to its original form.

‘Over the years the building was transformed many times. The Victorians added huge extensions and there were also more modern additions for us to deal with. Our job was to discover the grand villa that was hiding under those additions and turn back the clock in a sensitive manner. We did this by using all the evidence we could find of original existing materials and using that evidence to recreate what was missing.’ 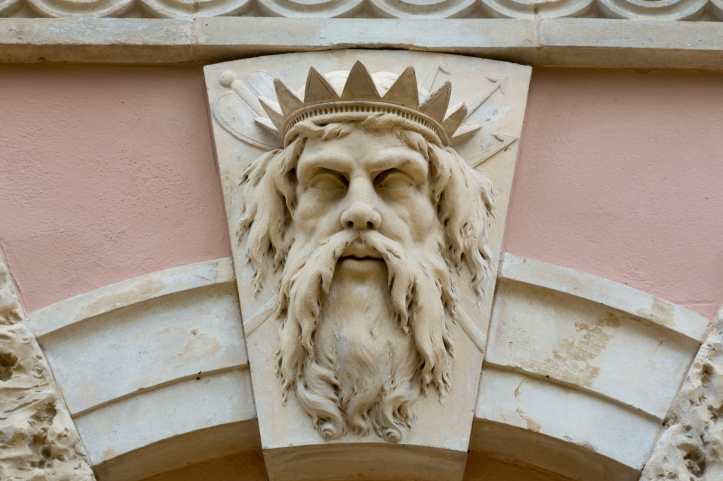 Leavy and his team had to be direct in their approach. Walls were knocked down, doorways and windows were moved. The overall plan was to restore the building to its original, 18th-century layout and there was always the potential something could go wrong.

At times it was a challenge for the restorers to pick their way between the props and supports that were essentially keeping the building upright. The builders were also the beneficiaries of meticulous research on the building carried out by the Landmark Trust’s in-house historian Caroline Stanford.

Thankfully, they  had a reliable set of architectural drawings that they could check at every stage to make sure the building was being put back correctly.

‘Belmont was a very grand building of the time and the first seaside villa in the country,’ adds Leavy. ‘It was a showcase for Coade and stood out as a superbly built and embellished property.

Doing justice to that heritage required great commitment, he adds: ‘We used traditional materials and methods to restore the building to the tiniest detail. We also restored all the Coade stone and made new using the same technique Eleanor Coade would have done.

‘Our team understood the Georgian methods and practices, but never stopped learning throughout the whole restoration process. Every room layout and every colour were meticulously thought out.’

Leavy was also surprised at how well the Coade stone ornaments had survived 250 years of rain and frost, with details such as the female keystones’ lace collars and the dimples on the acorn cups in the cornice frieze barely worn since the day they were cast.

Belmont took around two years to restore, but the finished product is well worth it, says Leavy. ‘To see the house restored to the standard that it is today fills everyone involved with an immense pride. The goal for the restoration team was to transform the building so that if Eleanor Coade were alive today she would instantly recognise it right down to the colour of the paint on the walls. A huge amount of research and work has gone into the project and the results are stunning.’

For more about Belmont and to book a stay, click here. 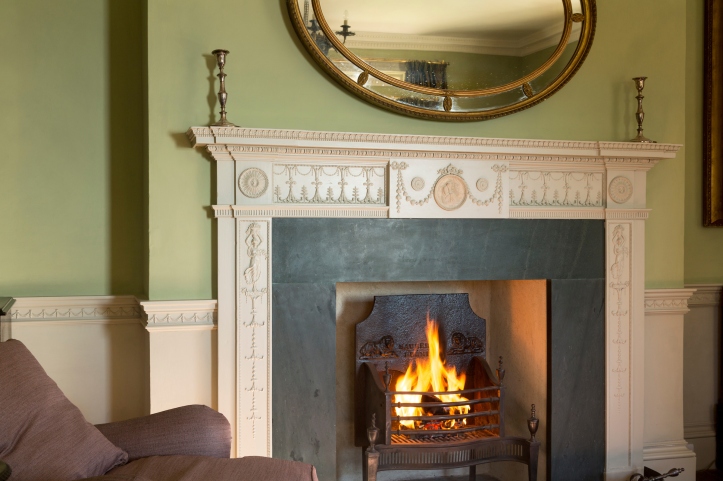