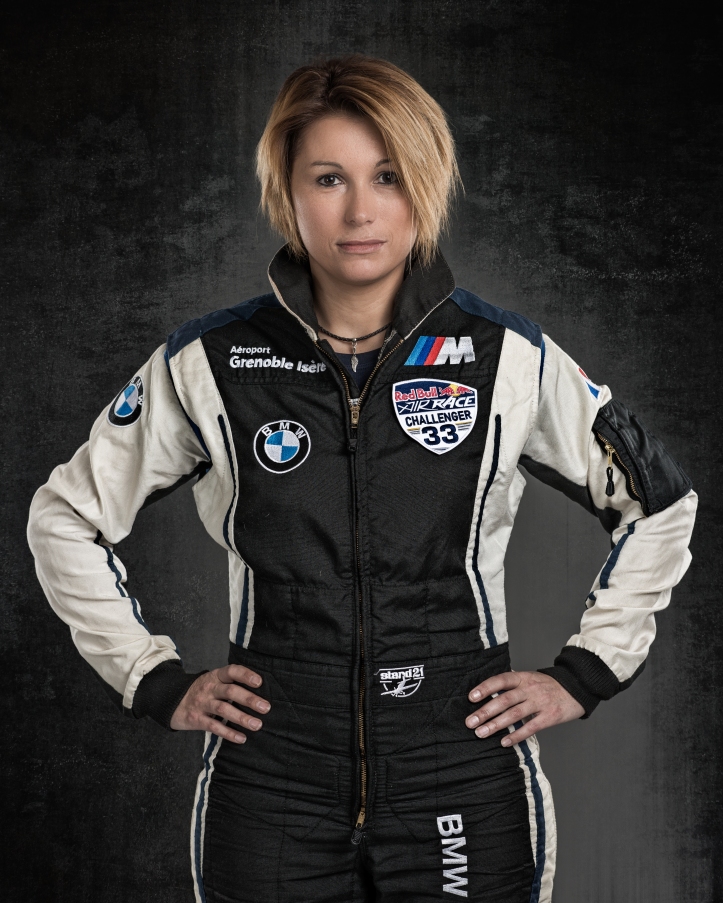 Melanie Astles first realized she wanted to be a pilot when she was around six years old.

‘My dad and I visited an airshow and we went in a flight simulator. That feeling of flying low and fast was amazing. It reminded me of the scene in [1984 film] The Never Ending Story when the boy flies the dragon across all those different landscapes.’

Now, aged 34, she’s doing just, not only as a five-time French Aerobatic Champion, but also as the first female pilot to take part in the Red Bull Air Race series.

Her route to the top has been a story of dedication and perseverance, especially when her initial hopes of becoming a fighter pilot were dashed.

‘At the time there was only one woman doing such a job in the French Air Force and it was seen as a job for men – so I was discouraged,’ Astles recalls. Not only that, she would have needed better grades in science than she managed at school and the money to pay for initial training.

Instead she ended up leaving school at 18 and working in a petrol station to finance her flying lessons. She made rapid progress, partly she believes because she had done so much visualisation of what it was like to fly since those early days of childhood and partly because her instructors recognized someone who had clear natural ability at the controls of an aeroplane.

‘In my mind I had already flown about 2000 hours before I started,’ says Astles, adding that this helped gain a rapid grasp of aerobatics – she would go on to gain a place on the French National Aerobatic Team.

When she heard the Red Bull Air Race championship was due to return to the world’s skies in 2011, following a three-year break, she resolved to try and become one of its pilots which, after flying tests and a selection process, she has accomplished.

Being an Air Race pilot isn’t easy, she admits. Championship events comprise an obstacle course involving tight turns at high speed, all against the clock and other competitors. High-performance aerobatic aircraft are used, each with a wingspan of less than 25ft and a top speed of around 260mph.

‘As pilots, we need to work hard every day,’ adds Astles. ‘We need to be physically fit to do this and we need to know our aircraft very well.’

Astles herself flies a German-built Extra aeroplane, renowned for their maneuverability and speed, but still responsive and pilot-friendly.

As well as the whole challenge of flying low and fast on a course that tests the skills of the best pilots, Astles also values the sense of teamwork that comes with the race. Not that everybody is keen to share their advice and tips – this is a competition, after all, though Astles has been given advice from former Red Bull Air Race champion Paul Bonhomme, who has now retired from the competition to concentrate on his day job – flying Boeing 747s for British Airways.

Bonhomme was a steely competitor: ‘I hated racing and not winning,’ he says. ‘People would say: “Well done, you’re on the podium”, but it doesn’t mean a thing unless you’re on that top step.

‘In this sport, you are able to hurt yourself. You do everything you can to avoid that, but all the time it’s in your head somewhere – the ability to kill yourself – and I think that’s healthy. Arguably, driving down an A-road is more dangerous – you’re passing people you’ve never met before, and they could be on the phone or drunk or half asleep – but then it’s not as safe as sitting in an armchair.’ 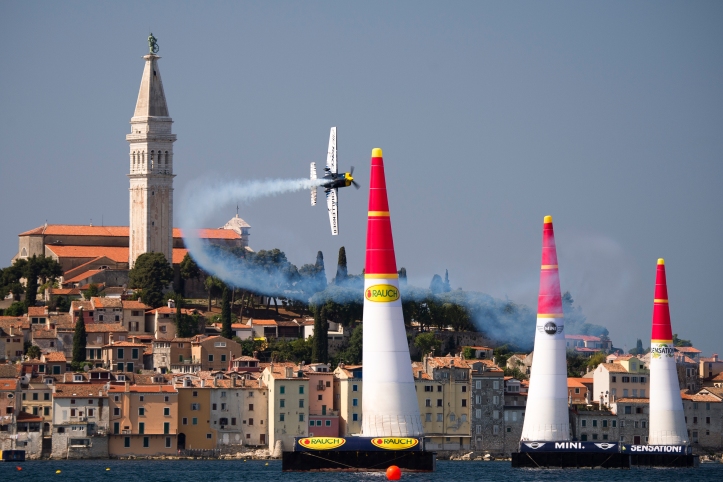 Astles also is very aware of the need to be extremely safety conscious. ‘I train mentally and I’ve done these rides so many times, and gone over all the safety issues. When I’m in the plane, I’m like a robot.

‘I think I can still be a little nervous, but it’s more because I want to do well. The sport is still new for me, so I can feel just a bit of nervousness sometimes. I’m training to relax my arms to try to be less tense when I’m flying, which can make me a little bit faster.

‘It’s my first year in the competition, and I’m trying to be safe and to learn new things on a high level. Flying low [to the ground] is new for me, so it’s like school for me. I have great coaches looking out for me, and they’re teaching me lots of things and really taking good care of me. I’m very happy about it, and my results are quite positive. I have things to learn, and I’ve found a lot of points to improve so I will put them into action.

As with everything in her life to date, Astles is focused on making a success of her air racing career – especially as she is flying the flag for female pilots in what is still a very male-dominated area and she is conscious of being a role model for young women and girls generally.

‘I think when I was a teenager I would have joined the air force if I had seen more women flying aircraft in it,’ she says. ‘I want the message to be that if you try hard you can rise above obstacles and achieve what you want to achieve.’