A Dutch master in Dulwich 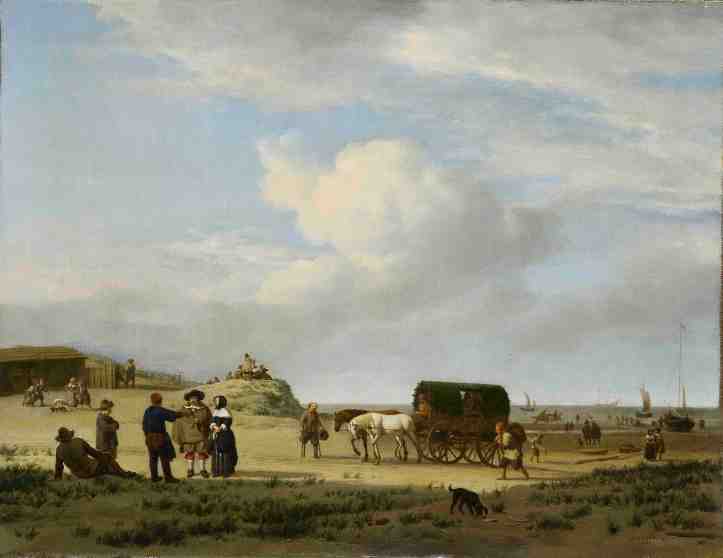 Adriaen van de Velde was one of the most celebrated artists of that period of Dutch art known as the Golden Age – on account of the amount of creative talent that poured forth from the Netherlands in the 16th and 17th centuries.

Despite a career that spanned only two decades (he died aged 36 in 1672), Van de Velde was one of the most sought-after names among art collectors of the 19th century.

You’ll find his work in the National Gallery, the Louvre and the Royal Collection, but there has never been a major exhibition of his work in the UK. Until now, that is. This autumn the Dulwich Picture Gallery will bring together more than 60 of Van de Velde’s works with the aim of putting the artist back in the limelight.

The exhibition’s curator, Bart Cornelius, says: ‘This will provide the opportunity for the public to get to know the work of one of those exceptionally gifted and refined artists of the Dutch Golden Age who deserves to be rediscovered as the great painter and draughtsman that he is. What’s more, his drawings provide a fascinating opportunity to see a 17th-century Dutch artist at work: we can, as it were, look over his shoulder to see how he composed his landscapes.’

Cornelius explains that the displays will begin with some of Van de Velde’s most accomplished paintings; many of which were made when the artist was still in his early twenties. These include his Beach at Scheveningen, capturing people relaxing by the seaside in the clear light of a summer’s day. Ignore the 17th-century clothing and what we have is a remarkably modern-flavoured scene.

Adriaen van de Velde: Dutch Master of Landscape is at the Dulwich Picture Gallery from 12 October until 15 January 2017.

For more go to dulwichpicturegallery.org.uk